WILL THIS MEAN A NEW AGENCY TO WORK WITH FOR JOINT PROJECTS ? YOU BET IT WILL, ONE MORE VOICE NEVER HURTS. 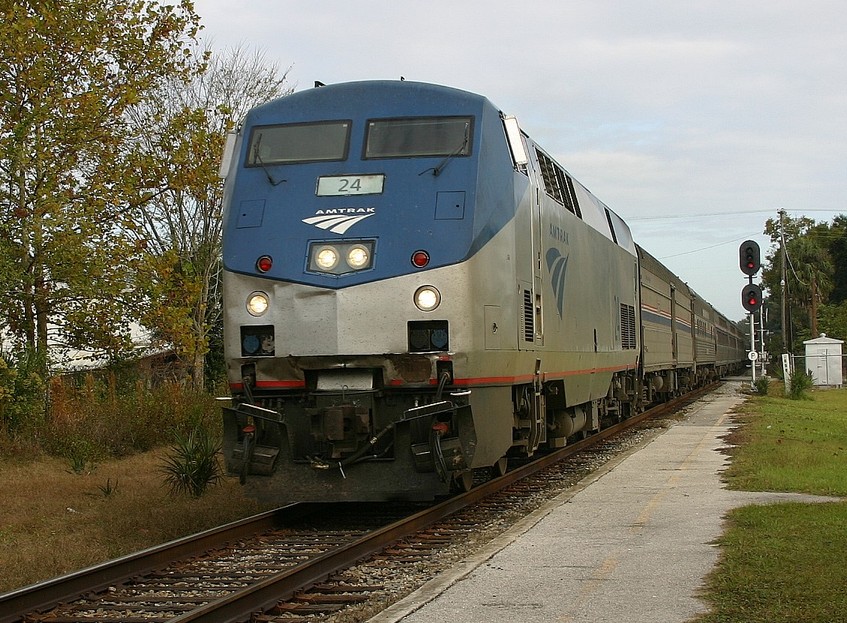 Valdosta, Ga., Gets Ready to Ride With Transit System

Kari L. Sands
The Valdosta Daily Times
GEORGIA - After much planning and several meetings, the city of Valdosta's transit system plan is well under way to develop a more efficient public transportation system to address the needs of Georgia's 10th largest city.
Though a great amount of planning has been done, the city of Valdosta still has several steps to take during the development of the city's transit system, including types and size of buses, location of pick-up points, and funding.
However, the city hopes to see buses rolling in as early as 18 months as federal funds have already been applied for, according to Metropolitan Planning Organization (MPO) Coordinator, Corey Hull.
"The next step is to hire a consultant to perform the actual implementation study or report. The MPO is in the process to do this. The study or report will be detailed to show routes, the number of buses, personnel, maintenance and other pertinent information," said Hull.
Over 18 months ago a feasibility study was conducted, and it was clear from the consultant point of view that a transit system would be beneficial to the urbanized area, according to City Engineer Von Shipman. The MPO is taking the lead on the city of Valdosta's transit system project since it will involve the use of federal funds to cover a portion of the cost.
"The current effort to implement a public transit service in Valdosta has been in active for about five years. In 2006, the Valdosta-Lowndes Metropolitan Planning Organization conducted a study to determine the feasibility of implementing transit services in the Valdosta Urbanized Area," said Hull. "This study found that the introduction of transit service would have a fairly high probability of success based on ridership potential and public desire for transit services for access to work, shopping and medical trips. During the hiring of a consultant to aid in the development of the transit plan, we will be seeking public participation on final route and stop locations, marketing strategies and operations plans."
Valdosta Mayor John Fretti is also optimistic about the timeline for the transit system's implementation.
"The federal government has allocated funds for the last couple of years to assist in the capital asset purchases of buses, a terminal and maintenance facility. Through the MPO, we are in final negotiations with a company to implement this system and have a functioning fixed base bus system in around 24 months," said Fretti.
Fortunately, the designation of Valdosta as a metropolitan city has made the MPO eligible for federal funds for both implementation and operations, although it is certain that ridership fees and local subsidies will be needed, according to City Manager Larry Hanson.
"To secure federal funding for implementation of the system, a implementation plan must now be developed which will include the routes, times of operation, the number and frequency of the pick-up points, and the participation of interested parties," Hanson said. "The MPO has conducted and completed interviews with professional firms and is presently negotiating with the firm selected as the most qualified."
Shipman also said that it should be understood that funds generated by those who use the system will not make up the shortfall received from the federal government.
"This will require local governments to come up with the balance of the funds needed. A final decision on this matter can only be made after the implementation report is completed and funds are budgeted," said Shipman.
Transit ridership is up around the country by 28 percent, according to Fretti. "With fuel prices so high, there may not be a better time to provide transit for our citizens to use for work and recreational commuting. Our time has come."
"We believe the transit system will help the entire area by reducing traffic and pollution, improving access to jobs and services, and supporting the needs of a growing city, county, University and Technical college. It is a major part of an overall transportation plan to reduce the emphasis on vehicles and single trips and encourage the cooperation of all governments and all involved parties to improve our overall quality of life," said Hanson.
The MPO has worked with the city of Valdosta, Lowndes County and other transportation planning partners to work to implement public transit services in and around the Valdosta Urbanized Area. The information received from the public and contained in the recently adopted Transportation Master Plan will be used as public transit service is implemented in Valdosta. The official timetable for the transit plan is still in the planning stages, but buses could start rolling as early as 18 months or the process could take as long as two years.
Blogger Comment: INCREDIBLE OPPORTUNITY to extend a hand over the State Line into Georgia and pick up a friend, to push for Regional Rail, Commuter Rail and the return of the famous Royal Palm-Royal Poinciana-Ponce De Leon Trains between Jacksonville and Atlanta, via Valdosta. Any good transit agency in a states 10Th largest City is bound to get some attention, toss in Florida and Jacksonville and we could push this idea over the top. Macon? Atlanta? All Aboard!
To see more of The Valdosta Daily Times, or to subscribe to the newspaper, go to http://www.valdostadailytimes.com/
Posted by Bob at 10:56:00 PM