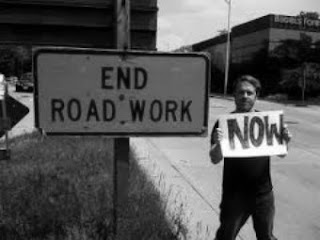 More money for constructing new roads sounds good superficially, since road expansion is necessary to keep up with the growing population, and no one likes driving in increasingly congested traffic. But it is not as simple as that. We're talking about brand new 4 lane highways right through the middle of virgin pine forest lands. So will federal (TIGER) Transportation Investment Generating Economic Recovery, grants spent on new road construction in Jacksonville make a difference?  They will, but you aren't going to like it. Think transportation and mass transits role in the growth of our city, think of it as a choice. A recent study in the Tischler Report was published on metrojacksonville.com, found that Florida taxpayers pay $1.39-2.45 for every tax dollar paid by a new development. However new development within our urbanized areas actually costs less because the infrastructure is already in place.


Land designated as “residential” is legally entitled to roads, schools, drinking water, sewer, police, fire, playgrounds, and all the other infrastructure components that make a community.

The taxes (and impact fees) paid on the new development do not cover the costs for providing it with basic infrastructure and services. The difference is paid by the rest of the community. Because new development does not pay its way, most local governments in Florida are financially upside down.

It is possible to build a conventional railroad on existing right of ways for $4,000,000 per mile (accor  ding to Archer Western). According to Florida Department of Transportation a three lane urban arterial road with two travel lanes, and a center turn lane will cost $3,774,078.45 per mile, excluding drainage, water, sewer, electric and other services which must follow it. A 3 lane highway for the purposes of this study because that is the capacity of a single track railroad. FDOT goes on to post this highway project disclaimer:


Costs of intersections/interchanges/structures over 20 feet, preliminary engineering, right of way, and construction engineering inspection are not included. The cost per centerline mile figures are based on statewide average's. They are not to be used for Work Program estimating because they are not job specific.

I am not against suburban or rural development as long as Impact fees and taxes on the home or business owners covers 100% of the cost of the sprawl, plus a contribution toward future maintenance. In other words sustainable.

While the previous argument has little to do with the cost of mass transit, it does make the point that we've been going in the wrong direction, with what amounts to a developer ponzi scheme. Eventually as development reaches further into the countryside the expenses become too much to bear and the whole economy collapses, note the current economic conditions. Red hot sprawling development outran our ability to sustain it and the key expense in new development is the automobile. If we learn to internalize our new developments and build on what is already in place we will be able to continuously improve our financial conditions. And to build internally, within the urbanized areas we are talking about mass transit.
Posted by Bob at 11:04:00 PM