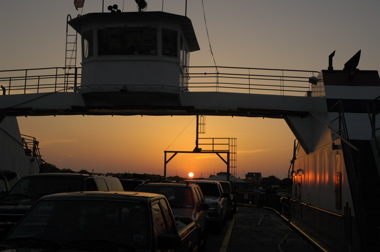 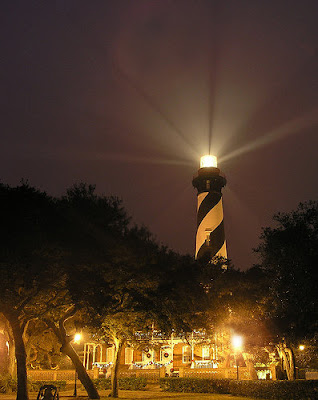 Interesting that this was simply a regular "medical" check-up required by law. The Jacksonville Port Authority which has graciously operated the vital service since Governor Crist flushed the funding from the State of Florida. The grand little ship should have returned on Feb. 23, but once in dry dock at Atlantic Marine the inspectors noted greater problems then anticipated in regular maintenance, so she was laid up for the extra days to make her whole again.

While the details of the added work are not known all is ship shape and she is once again crossing paths with giant container, freighter, tanker and passenger cruise ships, offering some of the greatest maritime views of a busy shipping channel to be found anywhere.

The first European Settlement in North America was founded when Frenchman Jean Ribault and the Huguenots that were with him established a village at the Mouth of a mighty river. It was called Mayport, and it's comforting to know that after 450 years, his name is still sailing on these waters.

Bus and Tour operators should pay attention to this ship and it's highway, from Fernandina's Centre Street, Fort Clinch, and snow white beaches, within the next 100 miles you'll find:

Great job Jax Port and just in time for the March madness, Spring Break and Summer fun in Jacksonville.