WHEN BUSES FAIL AT BUSINESS ATTRACTION 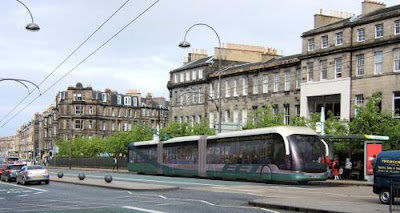 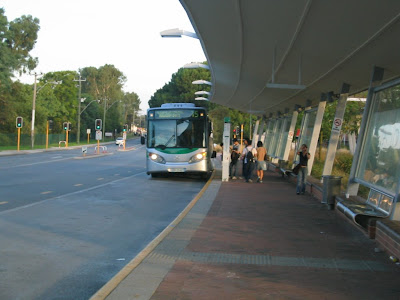 A lot can be said for the idea of placing a lite-BRT (Bus Rapid Transit) system at various points on our proposed Commuter Rail, Streetcars or even our Skyway. These limited busway's would flow in from the outer suburbs and bring in passengers that would feed into the trunk system. Wherever possible, the transfers should be designed as seamless and across the platform "easy".
National numbers for large developments along BRT systems is not good. In fact international numbers are not great either though they exceed those in the USA. These developments known as TOD (Transit Oriented Developments) focus on less parking, less-auto, and pedestrian friendly atmospheres, usually centered around a transit station. Some of the "ideals" are the Live-Work-Play type developments.
Claims have been made that in Jacksonville, as-if we were a unique island, we would obtain Billions of dollars in new developments along our BRT bus system. There are many reasons beyond the numbers that say this simply isn't true. Primary is the "flexibility" of the bus itself. This was the big sell, when the streetcar lines were closed down by GM-FIRESTONE-PHILLIPS-STANDARD OIL. They'd come into a city with millions of dollars to spend, throw our some "gifts" then wine and dine the political powers, explaining the city's of the future will be built on highways and oil, endless sprawl and freeways. Bus routes could and would change with the growth tide and to try and do that with streetcars would "bankrupt society", or so they claimed. The point of sale was F-L-E-X-I-B-L-E ! Today in a fuel short world, that very concept has came back to haunt all of us. No self respecting developer wants to sink limited millions into a massive development around a "flexible" transit mode. Here today and gone tomorrow? There simply are no guarantees.
Another argument that has raised it's head locally is being addressed in Brooklyn New York today. Buses for the most part have dirty diesel engines which spew a smelly mix of carbon particles and sulfur into the air. Where the bus stands, the walls are black with carbon. Recently a rash of local Jacksonville articles questioned the wisdom of the Regency Square Shopping Mall's bus center being a 100 yard dash through traffic, and tropical weather. It is located far across the parking lots near the Arlington Expressway. So playing dodge cars, and lightning bolts, dragging the stroller and 3 bags, any self respecting shopper is turned off by the situation. In the end JTA loses and so does the mall and the city. Let's look in on Brooklyn for a fix:

Ikea’s bus fix; Superstore’s shuttle no longer an ‘idle’ threat
By Sarah Portlock
The Brooklyn Paper
The Ikea bus-aster at Borough Hall and in Park Slope, has been resolved.
Earlier this summer, residents of Brooklyn Heights, Carroll Gardens and the Slope were enraged that Ikea shuttle buses were idling and blowing diesel exhaust into the air at their loading and unloading zones in those neighborhoods. The buses show up every 15 minutes from 10 am to 10 pm on Joralemon Street near Court Street and at the intersections of Ninth Street and Fourth Avenue and Smith Street.
Last week, officials with the big box superstore met with Community Boards 2 and 6 last week and announced that they had fixed the problem by hiring more dispatchers to regulate bus schedules.

Ikea spokesman Joseph Roth added that the mega-retailer is also doing its own monitoring.
And it’s working, community leaders said.
“It seems, for the most part, we have resolved our issue at Borough Hall,” said Community Board 2 District Manager Rob Perris, who was among the first to demand that Ikea fix the idling problem.
Residents near the Park Slope and Gowanus locations said they were concerned about traffic congestion and were confused about where exactly the buses stopped — but traffic there has also calmed, a visit revealed.
“They can’t do much better than that,” said Boerum Hill resident Bill Harris.
A public meeting will be held this fall to discuss any remaining issues with the store’s transportation offerings, said Community Board 6 District Manager Craig Hammerman.
BACK TO JACKSONVILLE'S BLOG
So what should the Jacksonville solution be to the question? Leave the TOD entirely to rail and streetcar? No. But fix the BRT in such a way that it will attract it's own share of investors along it's routes. The best assurance that the bus isn't going away, is overhead electric or trolley bus. While slightly more expensive then standard or hybrid buses due to the overhead, costs are still no where near the original estimates for the more expensive "Quickway" or exclusive bus freeways we originally proposed. The Quickway system was around 26 miles in length and would cost about 26 million a mile to build. A modern overhead trolley system could be built for about 1 million a mile, plus the price of the buses.
We also would reap the benefits of a clean electric system for the corridor bus routes. While some detractors will claim the power is generated by coal at JEA and thus isn't pollution free, there is certainly no rule to say this must remain the status quo. An example is found in Canada, where an electric transit system many times the size of ours is powered by a wind farm. Image alternatives, solar, wind, gas. Even at it's worst, with dirty coal (anthracite coal burns cleaner) the electric bus still removes the pollution from the walls of the Mall, the downtown buildings, and transit stations, to some distant power facility. I think that makes it very attractive to us all.
Posted by Bob at 11:41:00 AM