DON'T CONFUSE US WITH FACTS IN JACKSONVILLE! 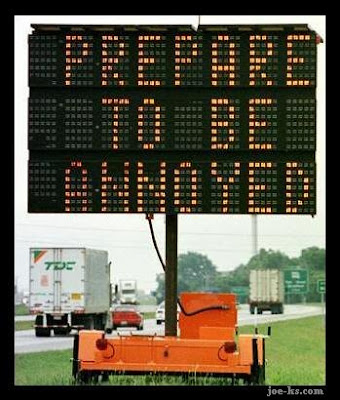 Watch Out Jacksonville, Here it comes again... Why we MUST leave the roads... 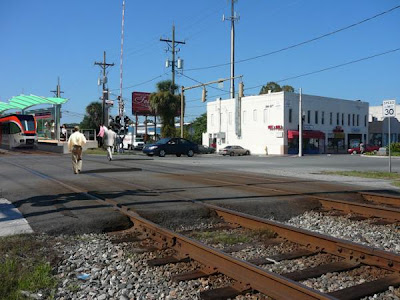 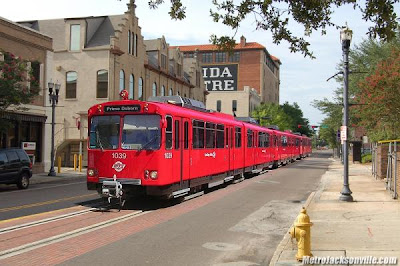 Imagine the advantages to adding Modern Streetcars to our Monorail System Downtown... 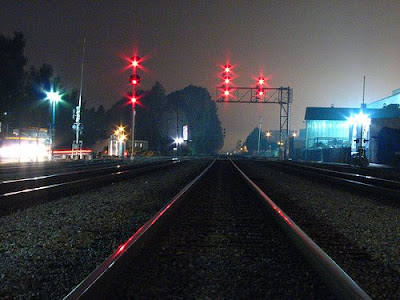 In spite of a unified outcry from the community leadership, our politicians are still throwing up the red signals. No amount of logic seems to matter, but as if it did, I'll print some more!
Wednesday, August 6, 2008

People want transit, politicians lag behind
More evidence that people want to end the dominance of the auto....
A recent poll found that given a hypothetical $100 to invest in transportation, Americans said they would spend $62 on trains and rail, buses, bike paths, and sidewalks, and only $38 on roads. (Source: Harris Interactive poll [+/- 3 pts]). In other words, Americans want to spend 63% of transportation dollars on bicycling, walking and public transportation, nearly tripling the 22% now spent. Philadelphia Bicycle News
More From The Center for Transportation Excellence
•
85% of all transportation costs in the U.S. are related to private automobiles.
•
A $10 million investment in public transportation results in a $30 million gain in sales for local businesses (3 times the public sector investment in transit capital).
•
A recent study by the University of North Texas found that the new DART (LIGHT RAIL)system in the Dallas region has already generated over $800 million in development, and that the full system is projected to generate $3.7 billion in economic activity upon build out.
•
A recent survey by Jones Lang LaSalle in its Property Futures publication found that 77 per cent of New Economy companies rated access to mass transit as an extremely important factor in selecting corporate locations.
•
A regular rush-hour driver wastes an average of 99 gallons of gasoline a year due to traffic. The average cost of the time lost in rush hour traffic is $1,160 per person.
•
A study on U.S. government spending and its impact on worker productivity estimated that a 10-year $100 billion increase in public transport spending would boost worker output by $521 billion, compared with $237 billion for the same spending on highways.
•
AAA members who rely almost exclusively on automobiles for their daily transportation needs, would still opt to spend more money on public transit than on new roads, according to a recent survey.
•
Almost half of all Fortune 500 companies, representing over $2 trillion in annual revenue, are headquartered in America’s transit-intensive (RAIL SERVED) metropolitan areas.
•
America’s families spend more than 19 cents out of every dollar earned on transportation, an expense second only to housing and greater than food and health care combined.
•
American families spend 18% of their household budgets on transportation, making it the second largest household expenditure after housing.

•
Americans living in transit-intensive areas save $22 billion each year by using public transportation.
•
An assessment of the economic benefits of the services provided by the Memphis Area Transit Authority (MATA) (HERITAGE STREETCARS) found a benefit-to-cost ratio of more than 13 to 1 when both direct and indirect benefits were considered.
•
An estimated 14 million Americans ride public transportation each weekday and an additional 25 million use it on a less frequent but regular basis.
•
Around Washington D.C. 40% of new building space in the 1980s, worth $3 billion, was built within walking distance of a Metro (RAIL) stop.
•
Between 1997 and 1999, an estimated 4,500 housing units and some 9 million square feet of commercial-office floorspace were added within walking distance of the Tasman West LRT corridor.
•
Building more roads isn't always the answer to this growing problem. Each of the cities in the TTI study would require an average of 37 more lane miles to keep pace with just one year of increased traffic demand.
•
Business output is positively affected by transit investment. A sustained program of transit capital investment will generate an increase of $2 million in business output. After 20 years, these benefits increase to $31 million.
•
Drivers in one-third of U.S. cities spend more than 40 hours a year (an entire work week) in traffic that is not moving.
•
Every dollar that U.S. taxpayers invest in public transportation generates $6 or more in economic returns.
•
Federal transportation grants for State and local governments totaled $4.4 billion for transit or 14% of all transportation grants in 2000. Federal transportation grants to State and local governments amounted to $26 billion or 80% of the total in 2000.
•
Four in five Americans believe that increased investment in public transportation strengthens the economy, creates jobs, reduces traffic congestion and air pollution, and saves energy.
•
If one in 10 Americans regularly used transit, U.S. reliance on foreign oil could decline by more than 40%, or nearly the amount of oil imported from Saudi Arabia each year.
•
In 1999, public transportation vehicles used 856 million gallons of fossil fuels and 5.2 billion kilowatt hours of electricity - which is less than 1% of all energy consumed in the U.S.
•
In 2000, Americans took 9.4 billion trips using public transportation, an increase of 3.5% from the previous year - the equivalent of more than one million new trips each day.
•
In 2000, Americans took 9.4 billion trips using public transportation, an increase of 3.5% from the previous year - the equivalent of more than one million new trips each day. During the same year, ridership grew twice as fast as the U.S. population and outpaced growth in other travel modes.
•
In 2000, America's public transportation systems employed 350,000 workers to operate, maintain and manage all modes of transit. A full 50% of this workforce serve as operators or conductors.
•
In 2000, total federal spending on transit was $5.3 billion or 11% of all transportation spending.
•
In Los Angeles, .80 of every $1.00 spent on public transport gets recirculated in the region, translating into $3.80 in goods and services. Conversely, .85 of every $1.00 spent on gas leaves the region.
•
In suburban Philadelphia, the total increase in residential real estate value in neighborhoods with train service is estimated to be over $1.45 billion.
•
In the last five years, transit use has increased faster than any other mode of transportation.
•
New urban expressways cost up to $100 million per mile while rail and bike facilities cost on average $15 million and $.1 million, respectively.
•
Of the nation's top 50 metropolitan areas, all but (JACKSONVILLE) were planning a New Start project, adding to a existing system or have a new system under construction.
•
On average, a typical state/local government could realize a 4%-16% gain in revenues due to the increases in income and employment generated by investments in transit.
•
Public transportation customers are diverse: People age 65 or older represent 7% of riders; 18 years and younger , 10%; women, 52%; White, 45%; African-American, 31%; Hispanic, 18%; and Asian and Native American, 6%.
•
Public transportation is a $32 billion industry that employs more than 350,000 people.
•
Public transportation ridership has increased 22% in the last six years.
•
Since 1980, three subway systems, 68 light rail systems and 1240 bus systems have been added to U.S. communities.
•
The adjusted cost of congestion in the 75 areas studied by the Texas Transportation Institute has tripled in the past twenty years to $68 billion in 2000.
•
The amount of fuel wasted in traffic annually in the 75 major urban areas studied in TTI's Urban Mobility Study would fill 114 supertankers.
•
The annual cost of driving a single-occupant vehicle is between $4,826 (for a small car) and $9,685 (for a large car), depending upon mileage. The annual average cost for public transportation for one adult ranges from $200 to $2,000, depending upon services used.
•
The average annual income of rail commuters is more than $50,000 and most own two cars.
•
The National Safety Council estimates that riding the bus is over 170 times safer than automobile travel.
•
The poorest quintile of American households spend 36% of their budgets on transportation, while the richest fifth spend only 14%.
•
The value per square foot of commercial space near Metrorail stations in Northern Virginia has jumped more than 600 percent since the first station opened in 1977.
•
Three-quarters of Americans support the use of public funds for the expansion and improvement of public transportation.

BLOGGER NOTE: In Jacksonville, these are no longer Bus vs Rail vs Skyway arguments, with fuel prices in the stratosphere, this is now a matter of common sense and urban survival.

Thanks to; Center for Transportation Excellence